Is it fog or smog? This is the question prevalent these days. North Indians especially Delhites are witnessing toxic levels of air pollution since Diwali. It is dangerous for the senior citizens and little children to step outdoors these days. But what are the reasons behind the rapid rise in air pollution?

WHY DO FARMERS BURN CROP RESIDUE IN PUNJAB AND HARYANA?

Farmers across Punjab and Haryana use mechanical harvesters that skim from the top and leave 80% of the paddy plant on the field. The paddy straw is of no use to the farmers, unlike the wheat straw which can be used as animal fodder. The paddy straw has high silica content that animals can’t digest. Since farmers need to sow wheat within a fortnight of harvesting paddy, they burn the straw in order to save time, labour and money. They don’t have any alternatives.

Despite Supreme Court’s ban on the sale of firecrackers in Delhi and Delhi NCR, fireworks were a common sight this festive season. They have contributed much to the air as well as noise pollution.

Large-scale construction in Delhi NCR is another culprit that is increasing levels of dust and pollution in the air. Considering the dipping air quality, National Green Tribunal banned construction activities till Nov 14.

Vehicle emissions are another source of fossil fuel emissions and thus, air pollution. The main pollutants emitted from the automobiles are hydrocarbons, lead/benzene, carbon monoxide, sulphur dioxide, nitrogen dioxide and particulate matter. The main cause of vehicular pollution is the rapidly growing number of vehicles. The other factors of vehicular pollution in the urban areas are old vehicles, inadequate maintenance, congested traffic, poor road condition and old automotive technologies and poor traffic management system and weak public transport system.

During winters, dust particles and pollutants in the air become stagnant. Due to stagnant winds, these pollutants get locked in the air and affect weather conditions, resulting in smog. 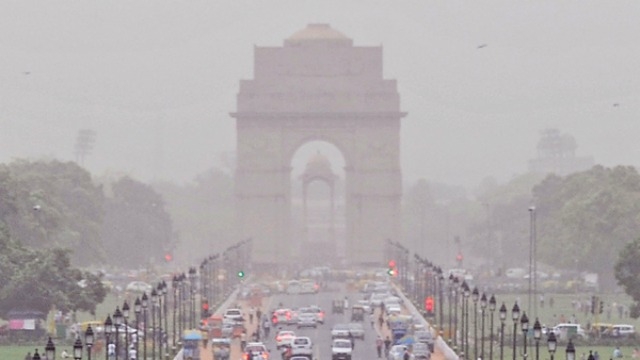 Some causes of air pollution are beyond your control. Other sources can be managed through changes in your lifestyle:

FOLLOW THESE STEPS DURING THIS HOUR OF AIR CRISIS: